The Hacker-Powered Security Report: Insights from Over 800 Programs

Did you know 94% of the Forbes Global 2000 do not have known vulnerability disclosure policies? It’s true, and the average amount paid out for a critical vulnerability by HackerOne Bug Bounty customers is $1,923 in 2017. 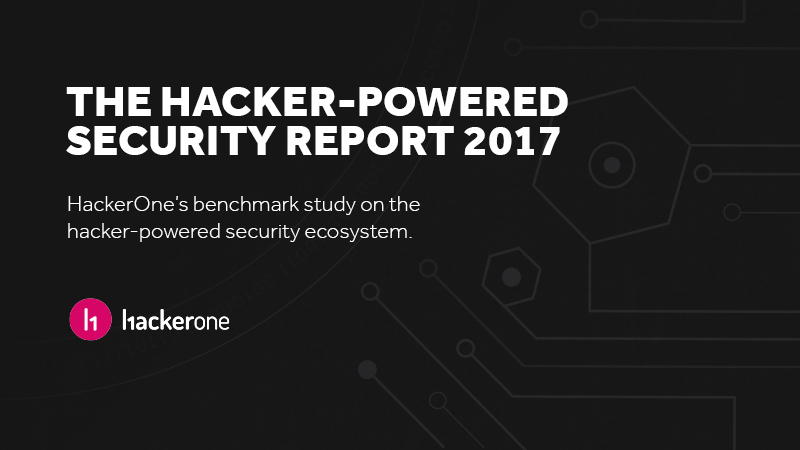 Curious which industry pays out the most Information Disclosure Bugs? Or which vulnerability class eclipsed Cross-Site Scripting as the top vulnerability in Financial & Banking Firms? That’s on page 10 of the report.

What about where hackers are earning the most bounties? The answer on page 17 of the report may surprise you.

These stats and many more are explored and explained in The Hacker-Powered Security Report, our most recent deep dive into the data from more than 800 programs that have resolved nearly 50,000 security vulnerabilities with our hacker-powered security platform. We also interviewed 600+ hackers and just as many customers including what worries companies the most and what motivates hackers to hack. Read on for some key highlights or get the report now by clicking the button below.

What’s in the Report

Hacker-powered security programs are not just for cutting-edge technology companies. As you’ll learn in this report, organizations like General Motors, Intel, Starbucks, the U.S. Department of Defense, Lufthansa, Nintendo, Qualcomm, and many more, have embraced continuous, hacker-powered security as a key component of their security efforts.

You’re going to want to download and read the full report, but you’re probably wondering what’s in it. Well, here are a few findings:

As hacker-powered security moves into the mainstream, more companies and organizations can benefit from the report’s findings. The Hacker-Powered Security Report gleans insights from across the spectrum and breaks the findings down by industry to make clear how different industries are approaching and benefiting from hacker-powered security. It also shows how individual programs change over time to adapt to security improvements, expanding scopes, moving from private to public programs, and repeat engagements with hackers.

The report also looks at the hackers themselves, shedding light on who they are and their motivations for helping improve product security. If you thought it was purely money, that’s not always the case: 57% of hackers say they were involved with bounty programs that didn’t offer monetary payouts.

Discover even more details on how hacker-powered security is shaping the security posture of companies just like yours.

OK, one more spoiler: Are you considering a hacker-powered component for your security program? You’ll be pleased to hear that 95% of HackerOne customers would recommend such a program to their peers! Talk to us today to learn more.