Insecure Direct Object References (or IDOR) is a simple bug that packs a punch. When exploited, it can provide attackers with access to sensitive data or passwords or give them the ability to modify information. On HackerOne, over 200 are found and safely reported to customers every month.

What is an IDOR?

There are several types of IDOR attacks, including:

In its simplest and most common form, an IDOR vulnerability arises when the only input required to access or replace content is from the user. This vulnerability submitted to Shopify by California-based hacker Rojan Rijal (a.k.a. @rijalrojan) in 2018 is the perfect example. By observing how file attachments were labeled when sending a query to Shopify's Exchange Marketplace application, Rojan was able to replace documents by leveraging the same file name from different accounts. 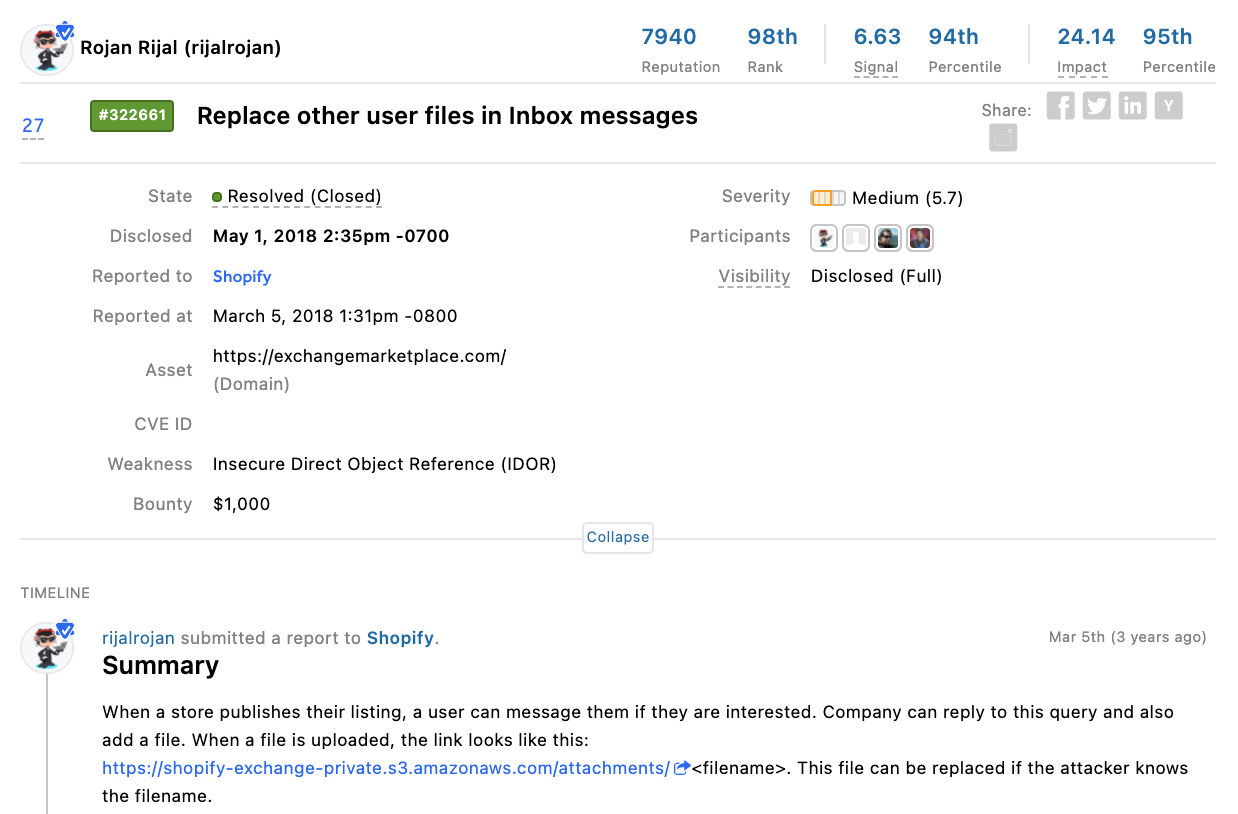 Figure 1: IDOR vulnerability reported by @rijalrojan to Shopify on the HackerOne platform.

For retail and ecommerce companies, IDOR vulnerabilities represent 15% of what organizations pay bounties for and represent the top vulnerability for programs across government (18%), medical technology (36%), and professional services (31%) industries.

If they’re so simple, why are they so common?

In short, IDORs can not be detected by tools alone.

IDORs require creativity and manual security testing to identify them. While some scanners might detect activity, it takes a human eye to analyze, evaluate, and interpret. In traditional pentests, unless a pentester tests every possible parameter in every request endpoint, these vulnerabilities can go undetected.

What are the implications of an IDOR vulnerability?

Perhaps the most infamous IDOR vulnerability as of late is that found in alt-tech social media platform Parler. The company ordered their posts by number in the URL, a telltale sign of IDOR. If you add a sequential digit to a Parler post URL, you could access the next post on the platform indefinitely. Without authentication or access limits, an attacker could easily build a program to download every post, photo, video, and data from the entire site. While this was just public posts (not necessarily IDs used to verify accounts), geolocation data from posts was also downloaded, which could reveal GPS coordinates of users' homes.

How can you prevent IDORs from cropping up?

“Avoiding IDOR is only possible by building a robust access control mechanism, choosing the best fit methodology for your scenario, log all access and if possible do an audit with a post authorization check,” said HackerOne hacker Manoel Abreu Netto, better known online as @manoelt. “However, if you want to reduce the impact of an IDOR, avoid using a simple pattern to reference objects in the backend, thus not using a sequential integer value but something like uuid or even a MAC (hashed ID) with a salt per user session. This does not eliminate the IDOR, but reduces the overall impact and the ability to enumerate objects.”

To remediate IDOR vulnerabilities, below are a few best practices.