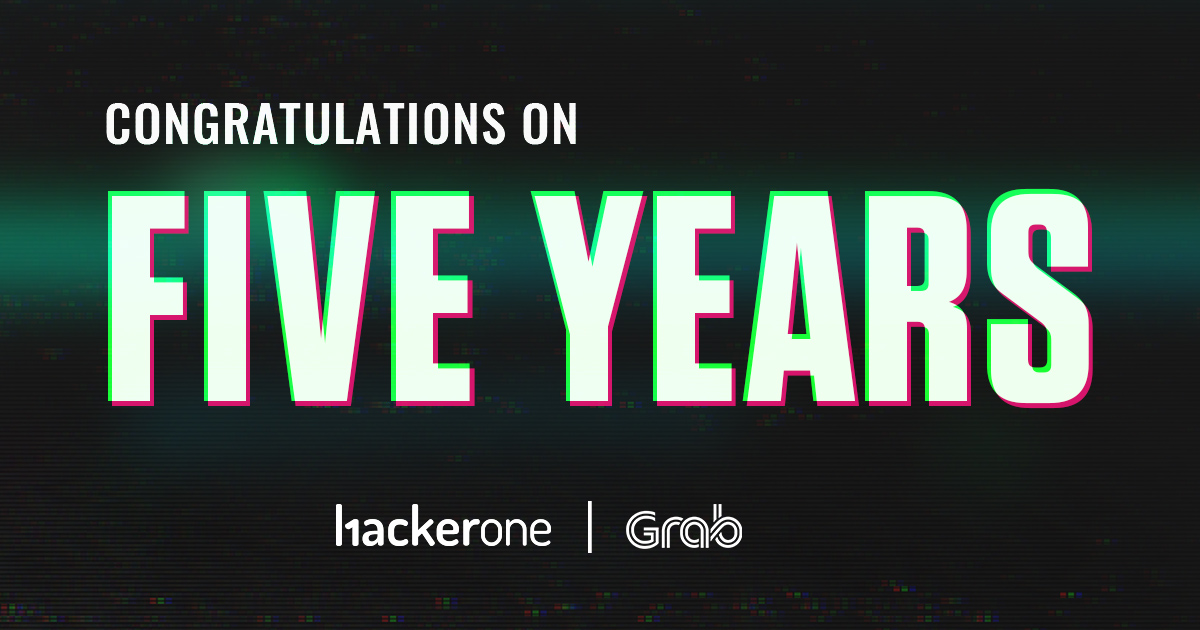 Just five years ago, leading rideshare, food delivery, and payments company Grab, became one of the first companies in Southeast Asia to implement a hacker-powered security program. Though it started as a private program, Grab launched their public bug bounty program in 2017.  In just three years Grab became one of the Top 20 bug bounty programs on HackerOne worldwide, resolving nearly 450 valid vulnerabilities thanks to the efforts of over 200 ethical hackers.

To celebrate, Grab’s security team published a blog post highlighting their journey from private to public bug bounty program. Here are some learnings as described by Grab’s Security Team:

Grab realized early on that ethical hackers could have tremendous impact on the security of their technology. By first establishing a private bug bounty program and transitioning to a public program, they were able to ‘crawl, walk, run’ and scale security efforts according to their own pace. They saw that ethical hackers bring non-stop testing far beyond what any internal security team could accomplish alone; and that blanket of coverage extends downstream into engineering and development, adding another “guardrail” on the software development lifecycle.

Grab’s bug bounty program has helped the team prioritize fixing the most impactful vulnerabilities and minimize the window of opportunity for malicious attacks. By integrating the data from the bug bounty program into their development workflows, Grab has been able to identify, prioritize, and respond to threats in real time while creating more secure products.

If you want to learn more about Grab’s bug bounty program or want to submit a vulnerability report, visit https://hackerone.com/grab.

For more information about getting started in bug bounty programs, check out The Beginner’s Guide to Bug Bounty Programs.