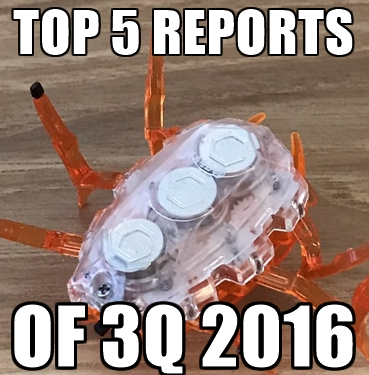 It’s time for the third installment of Top 5 Vulnerability Reports on HackerOne.

What a quarter! We sweated through the Vegas conferences, Hacked the World and held a jammed AMA on Reddit. Our hackers crossed the $10,000,000 mark of bounties earned. Best of all, our fantastic hackers helped companies find great vulnerabilities like the ones below.

Instead of listing the raw top five, we looked at the best five, non-repeat, non-summarized vulnerabilities of the quarter to share. Detailed vulnerabilities are the most instructive, so that’s why we highlight them here.

Do you see vulnerabilities you think were instructive or otherwise awesome? You can vote here to highlight the best on the top of the Hacktivity page.

Want to appear here next quarter? Hack on! Or invite your own hackers like the companies here did. As I once read, every organization needs a bug bounty program!