Our data show the best performing programs on HackerOne attract not only more overall hackers but more repeat hackers. Repeat hackers are responsible for the majority of resolved reports and bounties on the HackerOne platform. There is a clear upward trend in bounty amounts as a hacker submits more unique, valid reports to the same program. The more time a hacker spends looking at your software, the more valuable the reports are likely to be. For programs, there’s significant value in building hacker loyalty. For hackers, diving deep into the same code and building great relationships with security teams pays off. 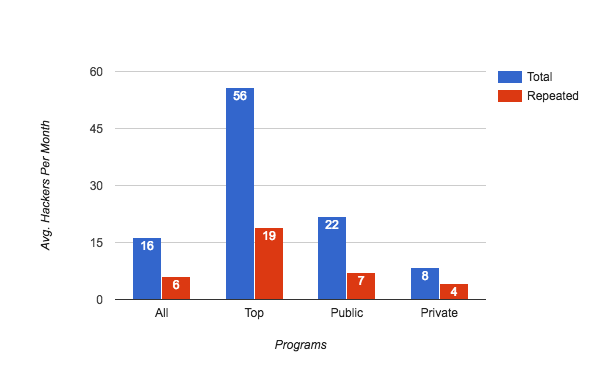 The above graph shows the average monthly hacker participation across the different HackerOne programs -- all, top performers in this dimension, Public, and Private.

The average HackerOne program gets 16 participating hackers per month, and 6 of those are repeat hackers. The top programs attract an average of 56 hackers per month, with 19 repeating. The data also indicates that Public programs have better Breadth and Depth on average than Private programs.

What does it all mean? 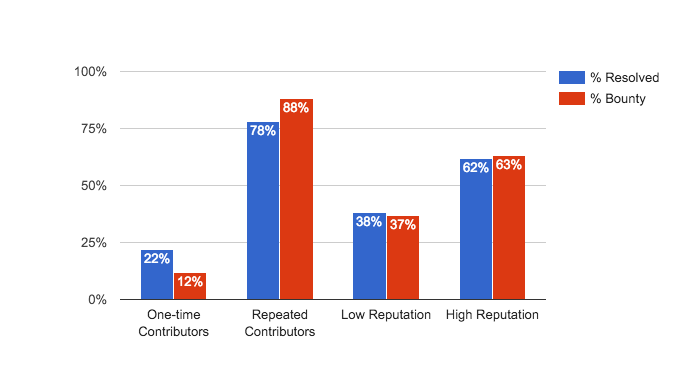 The chart above demonstrates that, repeat or “loyal” contributors account for the vast majority of the resolved reports on HackerOne, and an even greater portion of the bounties paid. This shows that repeat hackers are more valuable to programs, because that’s where the great majority of the bounty money goes. While Reputation is a good indicator of report quality and validity, the data show that multiple submissions to the same program are an even better predictor of validity and impact. 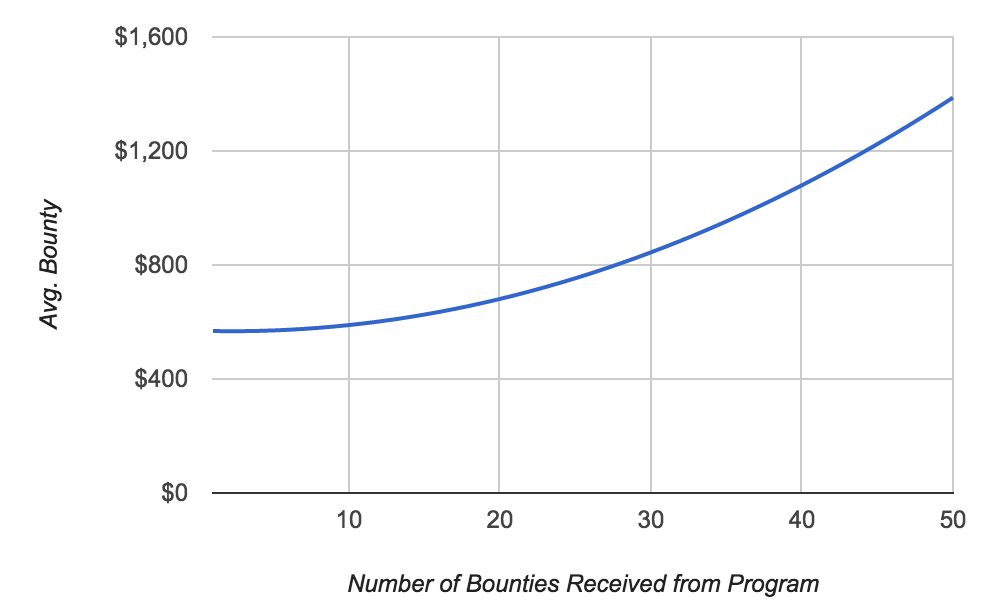 Bounty payments for hackers tend to go up on average after the first submission to a program, indicating the reports are more valuable.

Let’s look at the data. The above chart is generated by first selecting all HackerOne programs with more than 100 total bounties paid. Then, each hacker’s bounty is sequenced (1st, 2nd, 3rd, etc, submission) for each program. For each rank, we calculate the average amount and plot it. The results show that at an aggregated level the average payout increases as a hacker finds more valid bugs in a bounty program.[2]

As always, we welcome any questions or feedback. Happy hacking!