Hackers live varied lives, each as unique as the last. Check out who they are away from keyboard, what you find will surprise you. 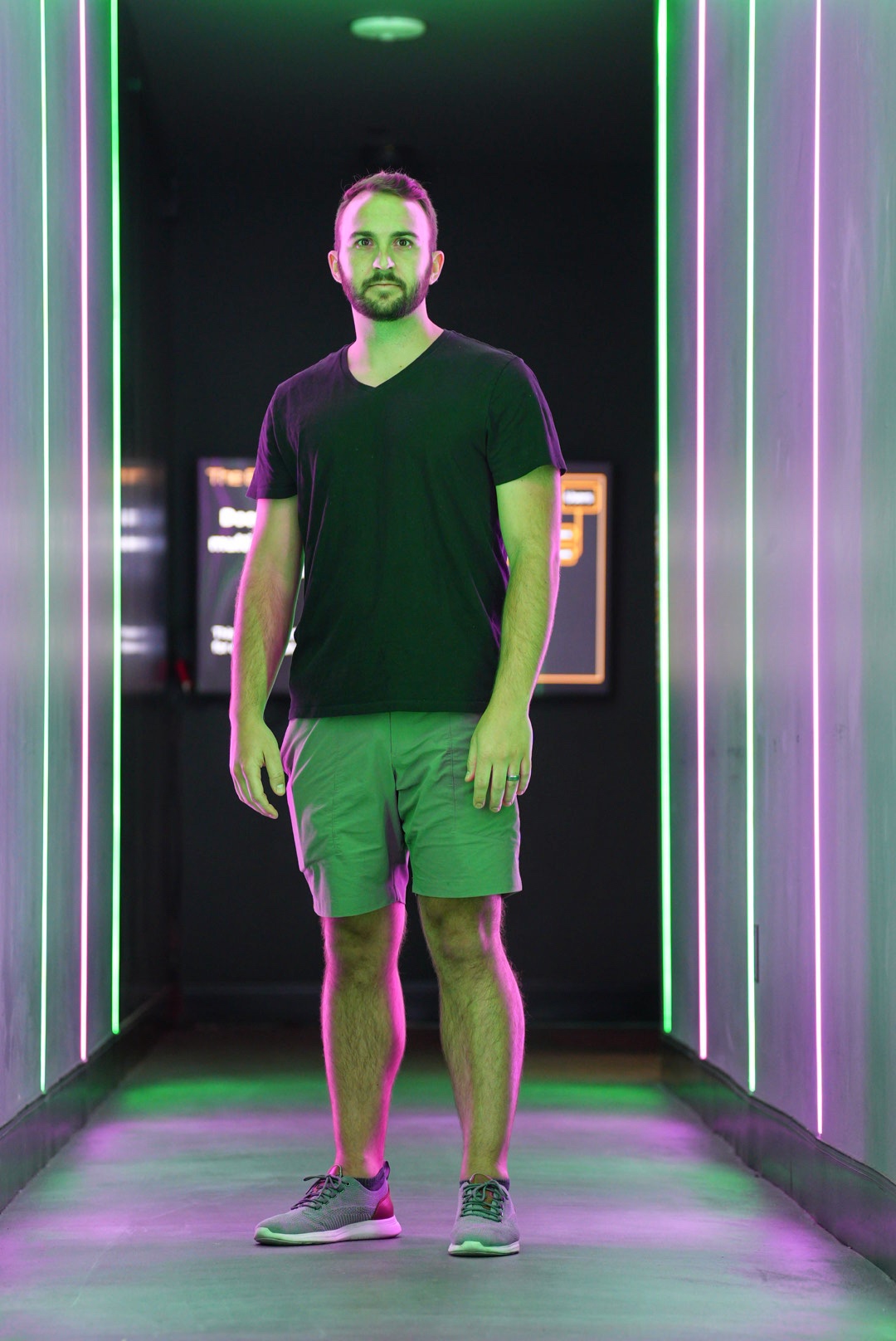 JXoaT: What was your first experience with hacking growing up?

rez0: I think, at least for the word 'Hacking,' my experience comes from majoring in computer science. Like, I think I really associated it with hacking together a project- almost like a hackathon. So, not necessarily in a negative connotation or even in a security context. It was more like “I'm going to hack this product together,” or “I'm going to hack some code together.”

I see the word coming more from a design and code perspective.

JXoaT: We spend a lot of time in this field next to a computer. When you're not there, where are you?

rez0: Well, I have two young kids, so I spend a lot of time with them. One of my biggest hobbies is jogging (Which - is kind of a joke, because I'm usually running). In particular, I like distance running and training for half-marathons.

I've run in three half-marathons. I ran one in Louisville and another in Midway, which is a small town in Kentucky.

JXoaT: Outside of running, I've seen you've been producing a lot of really creative art pieces? How are you doing that?

rez0: I'm currently using Midjourney. I’ve long thought that AI (Artificial Intelligence)  and ML (Machine Learning) is going to be the future of many work domains and their advancement. I’m hopeful we can harness it without causing harm. So, when the main AI art engines blew up in popularity this year, I followed it closely and starting playing with it. 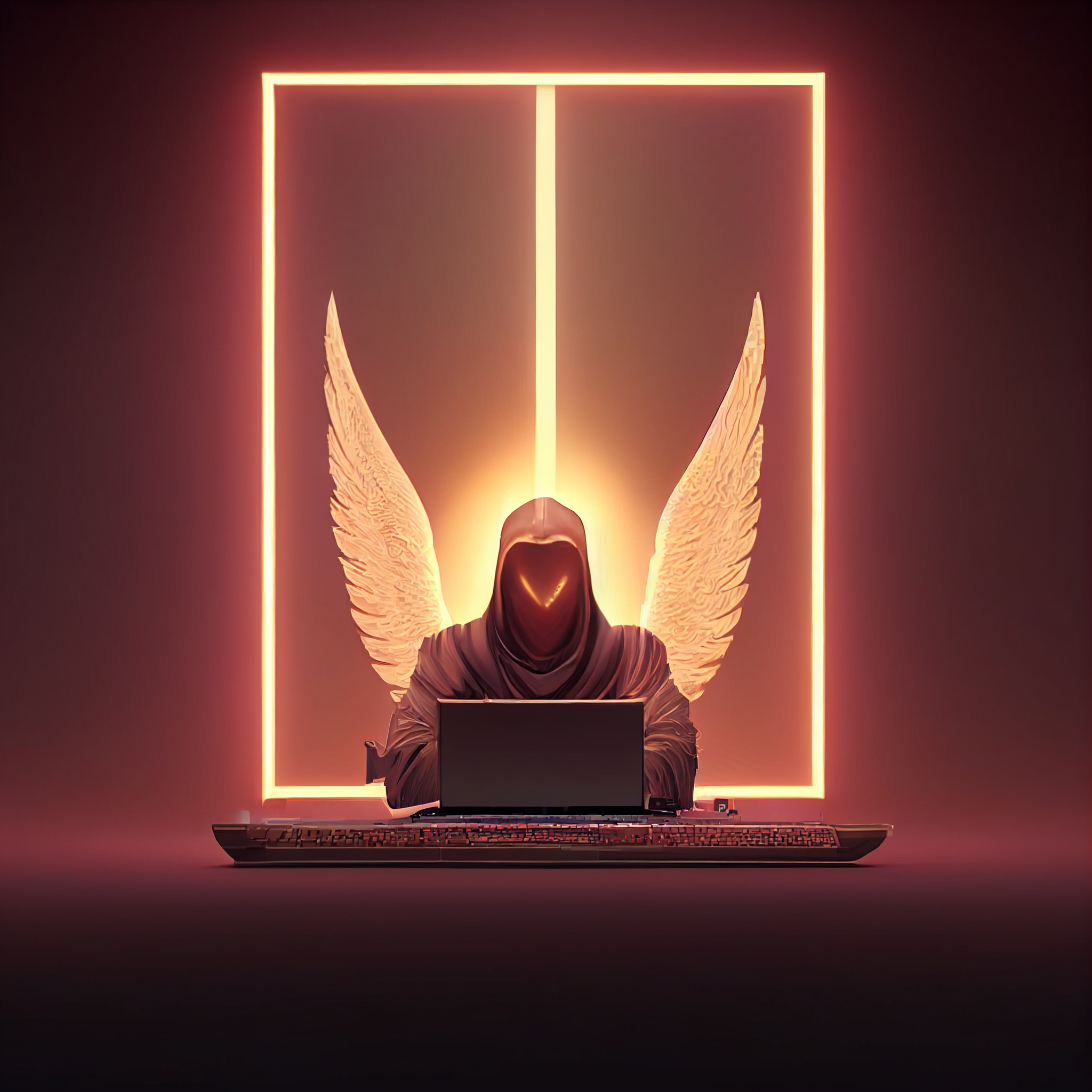 JXoaT: What have you mainly used Midjourney for?

rez0: I’m mostly making art for fun and other hacker’s profile pictures, but I did recently put up some as NFTs for sale. After all, creating them takes a lot of time and a bit of money in the form of credits for the AI art engines. In general, I’m just thankful to be playing with such amazing technology. I feel grateful to get to use it to create cool hacker art. 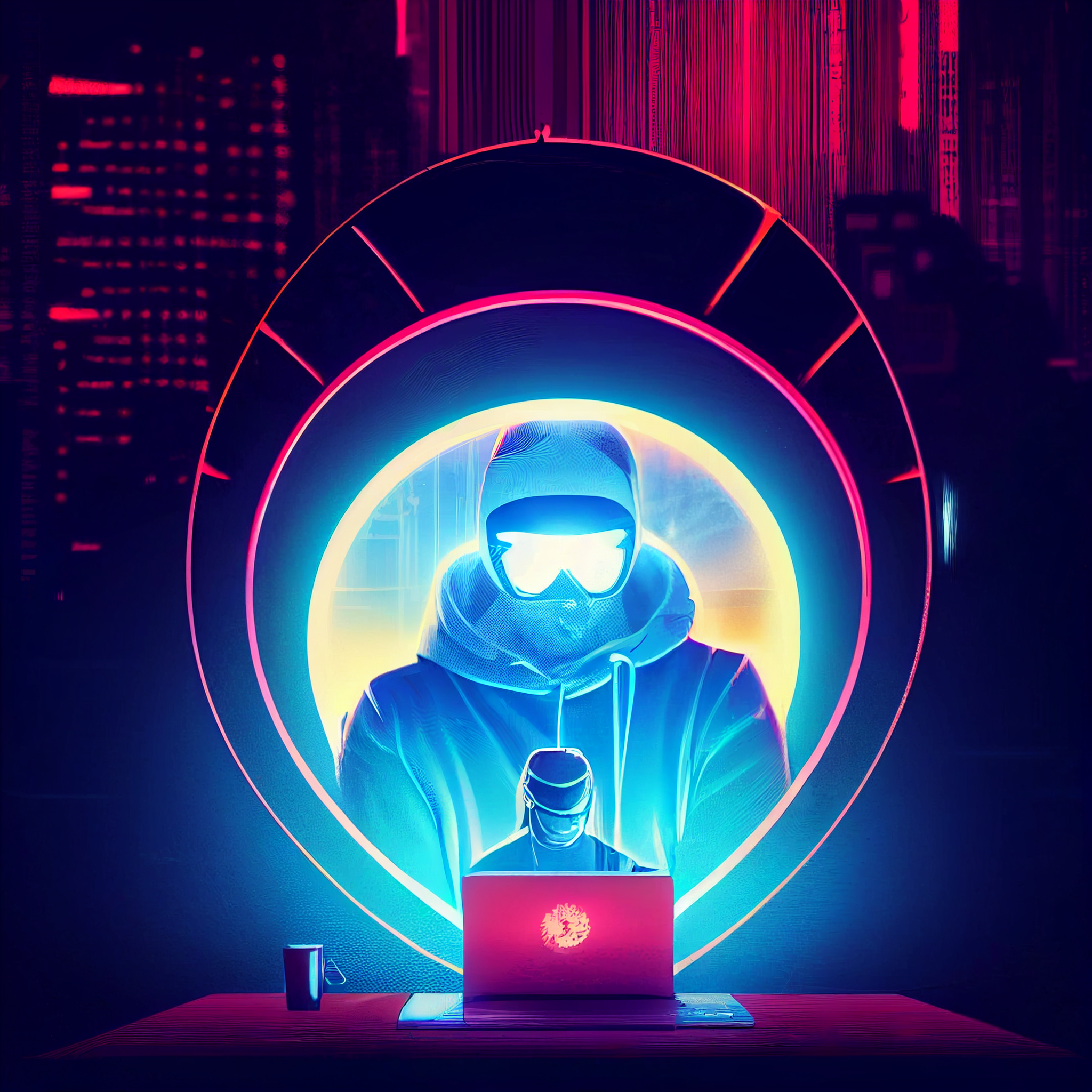 JXoaT: Is there something you enjoy that isn't hacking, running, or creating artwork?

rez0: Sure! Honestly, I'm the type of person who can be interested in doing anything. The next biggest hobby I have, next to running, is reading Fantasy Fiction. I read a lot of books by Brandon Sanderson, Patrick Rothfuss, and George R. R. Martin- things like that. The most recent series I've been into is called 'Cradle,' and it's almost like written anime.

Daniel Miessler is an Infosec blogger and has a popular newsletter in the security world. He's also a huge fan of the series.

It's almost like written Naruto, but mixed with Dragon Ball Z. The technical term is “Progression Fantasy.” It reminds me of a literary role-playing game (it's even called Lit RPG), where the characters are leveling up, and you get that sense of excitement.

JXoaT: Do you utilize any tactics or logic from hacking in other hobbies that you have? Do you become a hacker in other facets of your life?

rez0: Yeah, but I'd say it goes both ways! From hacking to other things, I'd say being able to find the vulnerabilities or nuances of a system to exploit them is super helpful in DnD and board games. You see the edge cases where you can be more powerful than your enemies or tweak your abilities so that they are even better.

And I'd say experiences from outside hobbies that I bring to hacking are character traits. Like, perseverance and patience- like maximizing luck. For instance, bug hunting takes a lot of luck. But you can control how many times you actually roll the dice. Think of these each as a roll of the dice. Fuzzing with a bigger or better wordlist, hitting more websites, spending less time dilly-dallying, or going down fewer rabbit holes- you'll have more opportunities to find vulnerabilities. That's you rolling the dice, changing your odds- changing your luck. 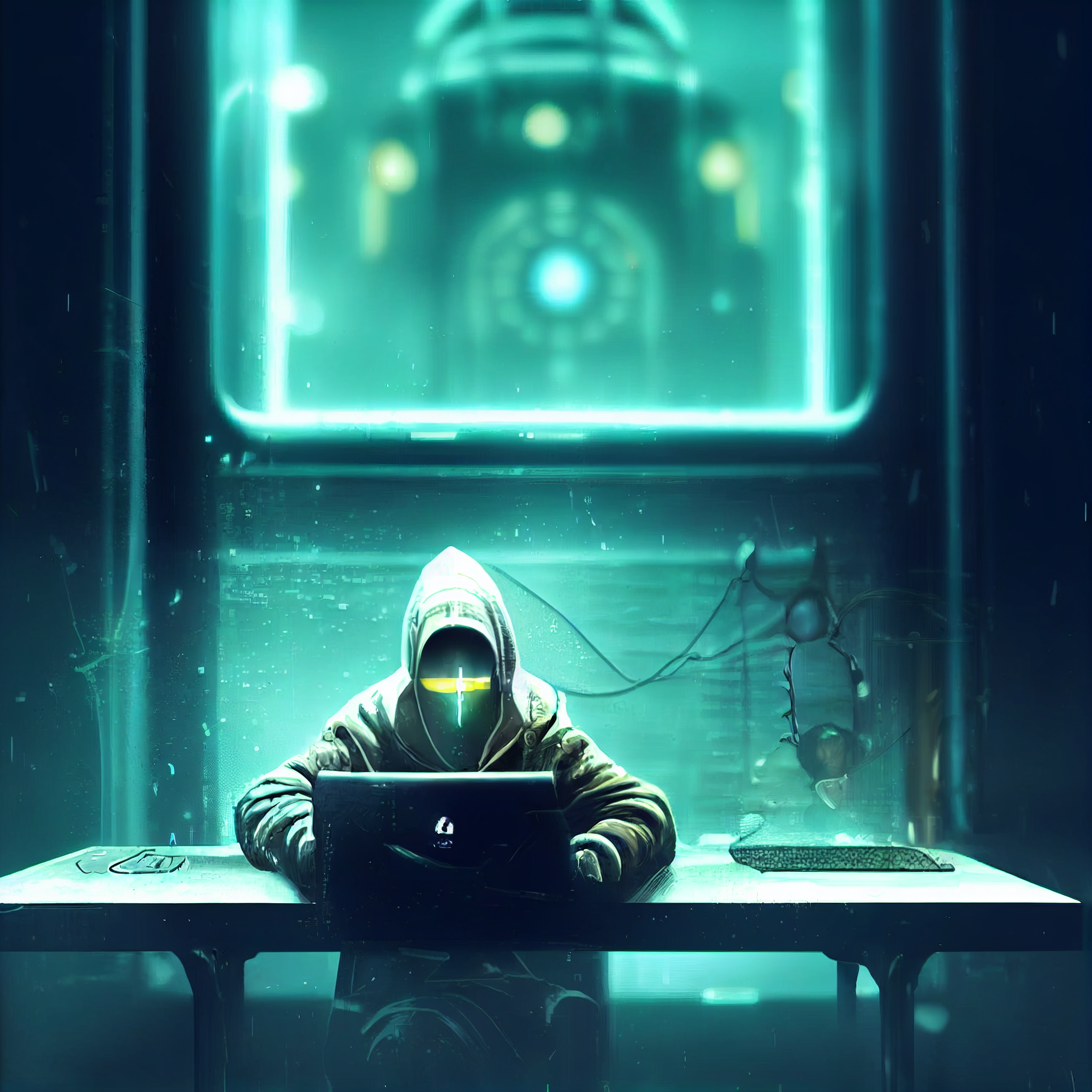 JXoaT: Hackers are often portrayed in a light that doesn't make sense. The word feels ambiguous. It is either Elliot Alderson or Zero Cool- or a png of a dude with a hammer and gloves sitting next to a laptop (wearing a ski mask for some reason). There's no good external reference to people outside the community about the people who actually live this life. So, what is a hacker?

rez0: I'd like to come up with the future definition of a hacker.

As you know, because you're in the industry and work at HackerOne, people are varied, right? They are from every walk of life, gender, age, and skill set. So, a hacker (to me) is someone who uses technology in an interesting way to either build something or break something.

I do not think the word should have a stigma for a developer to consider themselves a hacker. Because I don't think it should say anything about the person at all. It's a definition of what they are doing- for a hobby or career. 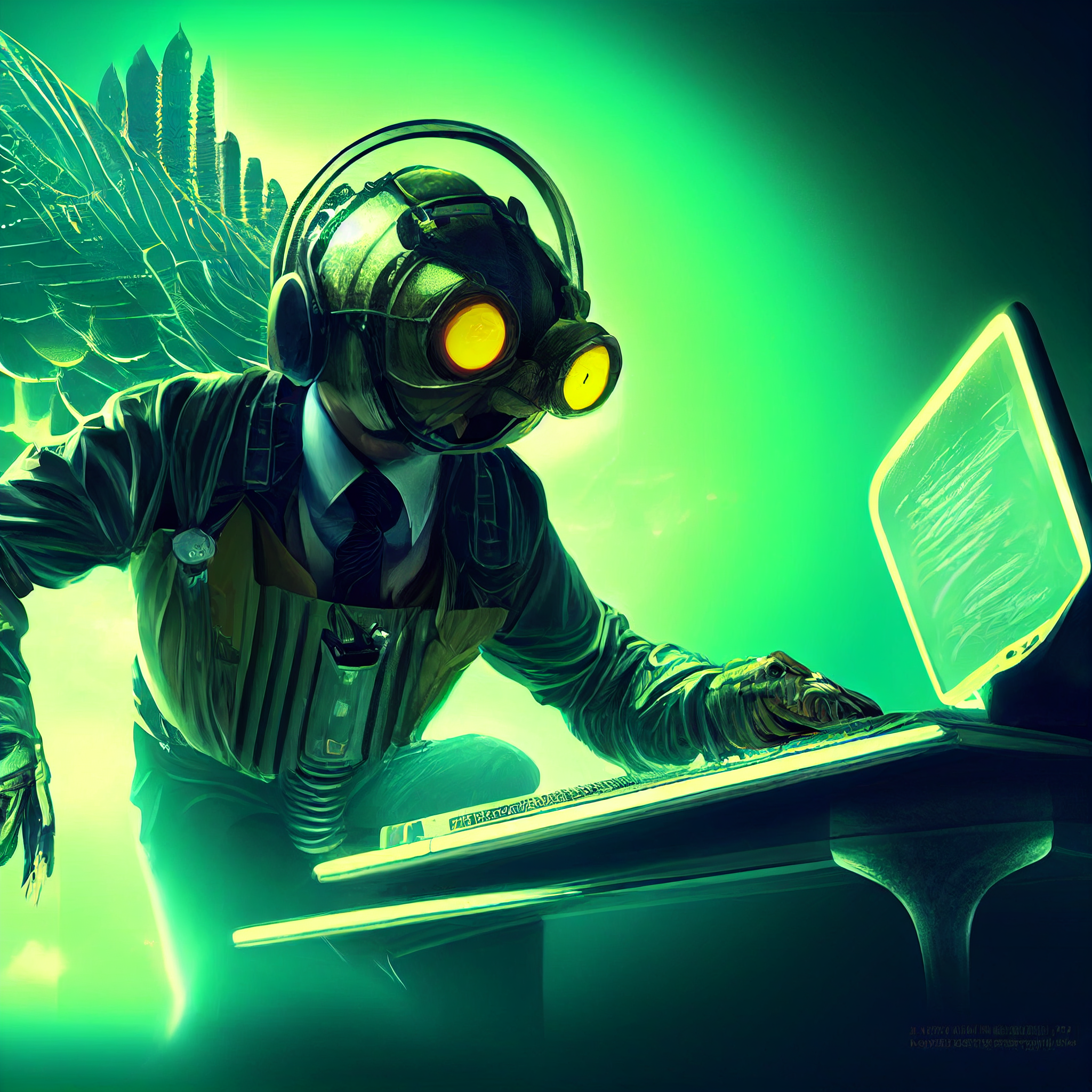 All artwork is a product of rez0